Instinct for Insulation: apparently its learned

This blog post is mainly here for the benefit of our readers in Scandinavia, who generally can not, I’ve found, wrap their head around the state of insulation in American houses.  In our experience the situation is comically incomprehensible, and in one rare case when two builders from only 6 time zones apart actually undertake a joint project, as happened in Rockford, the Scandinavian wants to know, in all seriousness, “Where is the rest of your wall?”

However, if for no other reason, I want to post this example because it shows that having Swedish heritage has nothing to do with having good insulation.  For those of you who thought insulation was in Scandinvaian DNA or something, let John Larson’s house in Minnesota, dispel that racist myth

In fact, the situation motivated Larson to conclude that American housing was best addressed with Dynamite and a crane.  Here is one of the photos from his blog, “Real Economics” (he’s a fascinating character with both American Scandinavian bona-fides and a history of doing interesting environmental work, check him out), so no matter how Scandinavian, or how aware of environmental technology you are, if you live in America … chances are, this seems normal: 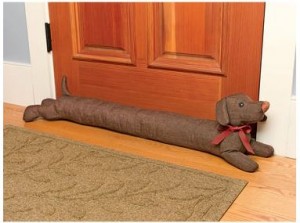 Therefore, what Larson found in his wall, won’t surprise you: 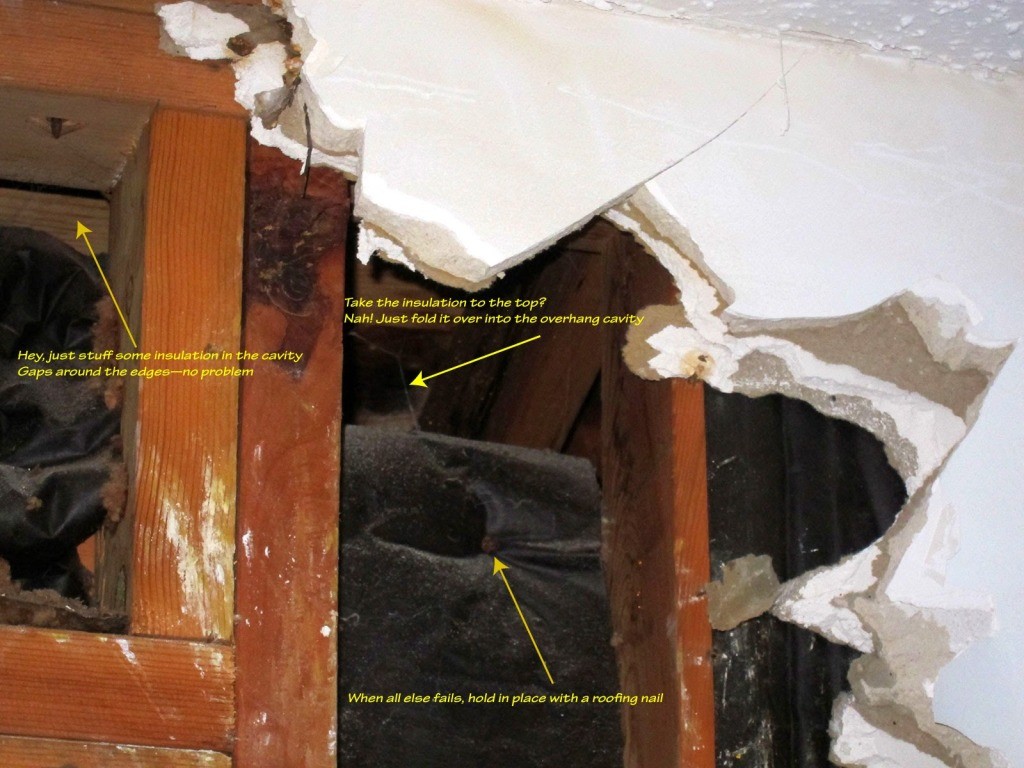 A very typical American view of batt insulationThe solution for many in America is “Drill Baby Drill”, but Larson seems to differ, he offers these “take away lessons”:

While these are all fair points, his third point merits some elaboration here, as no one I know enjoys installing traditional fiberglass batts, the conditions shown here, running out of roll, and how to fasten the strips that have to be cut out of 16″ batts are all too common, and they devil even the most conscientious craftsman.

As we’ve discussed elsewhere, batt insulation does not have to be this way …

Mineral Wool’s rigid shape and ability to be measured and cut accurately enables it to fill stud voids more completely than any other insulation product, with less effort, and more speed. Mineral Wool fits into the building practices of 99.9% of Americas’ builders with no need for new process, extensive re-training, or changes to new sub-contractors, new suppliers, and new business relationships. Mineral Wool is the easiest way for the vast majority of builders to step up their game and start building better.

Larson, closes by passing reference to Veblen’s, Instincts of Workmanship, a reference to the theory that real craftsmen often make things better than they need to be for the sheer love of building.  However, much of the disdain that builders seem to bring to the unseen insulation is down to the fact that without the right tools, and the right materials it is impossible to do a good job, which leads to the saying in Sweden.  “Jag ska inte bo här” (I’m not going to live here), behind the workmanship in Larson’s house.

Larson, goes on to speculate that upgrading his 1950’s house to the highest efficiency standards would cost about $40,000. (and he’s not talking about caulk).

He scales this up by saying that:

there are 85 million single family homes in the US, and just over 30 million apartment and condo units. $40,000 multiplied by 115 million is $4.6 trillion. Sounds like a lot of money? That is just one third of what the Treasury and the Federal Reserve used to save the useless predators of Wall Street and the banking system over the past six years – and what have we got to show for that?

In a later blog he observes that:

The Scandinavians build houses that are so well engineered and so carefully constructed that they are beyond efficient. A new Scandinavian house can keep its occupants warm from just their body heat and the heat thrown off by a pc, a few appliances, and the light bulbs in use. That’s pretty damn impressive, for being only a couple hundred miles from the Arctic Circle. But they don’t build such structures using the cheapest labor they can illegally import.

A subject we’ll be discussing here.   Larson, then bring this all home to question what people are demanding we do about climate change, and jumping off from his observations in his bathroom wall he asks:

What are people demanding now to stop global climate change? Cap and trade? Carbon offsets? How about a $4.6 trillion program over the next five or ten years to radically rebuild and upgrade every single damn house and apartment building in America?

Its not at all an absurd suggestion, and as for how we’d go about it, one could do worse than to learn the “Instinct for Insulation” that one observes in Scandinavia, and for the most part its no different from what we do here, batt insulation with wood frames … its just done differently, but there is no need for new process, extensive re-training, or changes to new sub-contractors, new suppliers, and new business relationships, as the Scandinavian example proves.