In Praise of Swedish Work Clothes 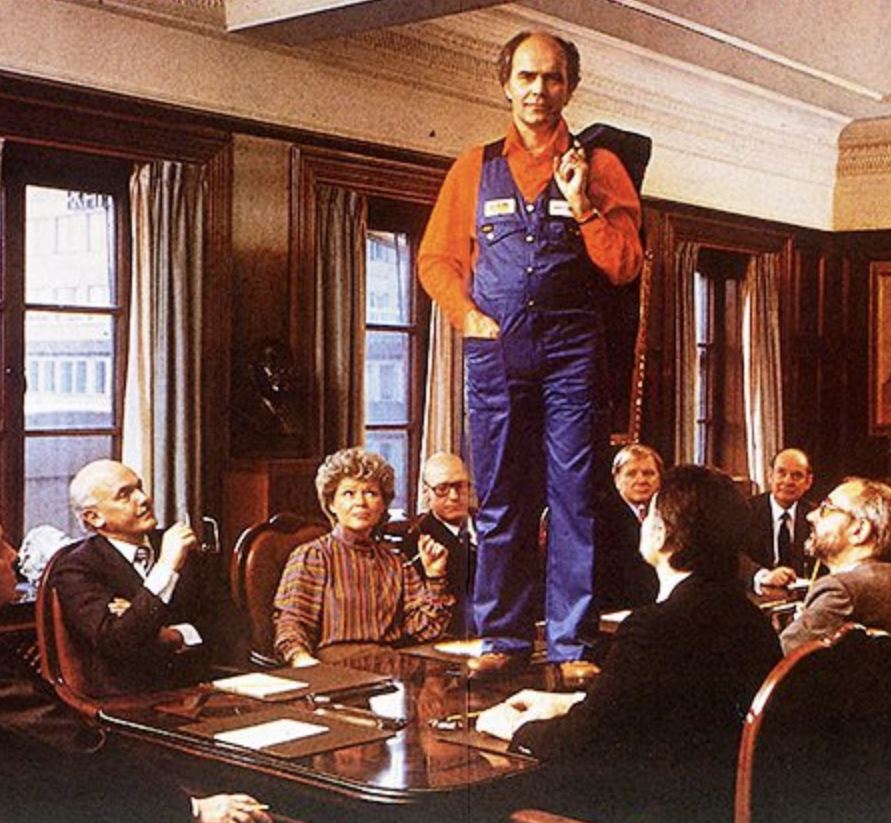 In 1972 Matti Viio worked as an electrician— first building high-tension lines and then installing domestic and industrial wiring. He found the clothes that workers wore insufficient for his needs, and he suggested modifications.

But no one listened. No one cared. In the end, Viio claimed he “got mad as hell”, but he channeled his anger into designing his own clothes as a protest against the established work-clothing industry. “I wanted to show that we workers have pride and know-how, and that our need of respect is the same as that of all other groups in society”, he said, articulating that his designs are part of a deeply Scandinavian relationship to work that involves dignity and respect, as well as a never ending dissatisfaction with the status quo.

No one working in Sweden has escaped his act of defiance – all of the brands in Sweden have had to imitate his inspiration – which has absolutely no regard for the fashion implications of clothes, low cost, or cutting corners.

Viio called his brand “Sinckers” – which in Swedish means “carpenter”. The other brands that vie for share among the working men and women of Scandinavia: Fristad’s, Blå Kladder, Mascot, Jobman – have all in one way or another, copied his vision of making exquisitely functional, high quality clothes that conform to the idea of “pride and know how” in work.
When I arrived in Sweden I dressed like all other American construction workers, which is to say my clothes seemed to be tough and suited to work, but in reality they only looked that way, when I left Sweden, it was dressed exactly like Matti Viio envisioned, wearing clothes that (literally) bore his signature.
The design moves that make work pants “Scandinvian” are the large flap pockets that essentially replace the need to wear a nail apron or toolbelt. Like all carpenter’s pants, they have a hammer loops, and a ruler slot, but the way these have been built is just better and shows off brilliant ergonomic thinking, one pair I have puts the cell phone at an angle to easily get while seated, making them my favorite.

The clothes are subject to constant experiment, each season brings bold efforts win over the fickle Swedish carpenter.

The biggest design move in Scandinavian work pants are the knee reinforcements that accommodate kneepads that come in various shapes and thicknesses. This design idea is to pants what the 3 point seatbelt was to autos – it is the perfect way to protect your knees – mostly because you don’t really notice it when it’s not actually protecting you from harm and it is easy to put on. The visual effect of this design though is like wearing a waffle, not so much about looking good as it is never having a sore knee.

From Viio’s profoundly antiestablishment, no logo, up with work origins – today come a torrent of appeals to style and fashion. Blå Kladder, which means “blue clothes” in the same sense as “saying blue collar” – has a beachhead in, where else, Minnesota, and they accept that everyone in America is going to say “blah” and not “blå”. A recent ad campaign, called “That’s what I said”, mocks the way Americans butcher Swedish, by featuring an excited African American, telling some taciturn Swedes that these clothes are “awesome” and continually saying “blah” while they look on non pulsed.

The guy in the ad is right, the pants are “awesome Swedish design”, which has never been about how it looks as much as it has about how it works. In the long run work will always been about function, and anyone who has tried Scandinavian work clothes knows this. This is exactly what the electrician who “got mad as hell” had in mind in the first place.

One comment on “In Praise of Swedish Work Clothes”